Today marks four months since Mason came home from the hospital. (Yes if you do the math that is a few days later than most babies) Those few days were some of the longest and hardest I had really had in a long time.

Mason was born late Wednesday night so we should have been home by Friday afternoon at the latest. Thursday day the nurses took Mason to do the normal newborn tests etc. Well after two hours we still hadn't seen Mason so Dan called the nursery to see where he was. They said he would be back soon. So finally he made it back to our room and the nurse informed us that he didn't pass one of the new tests that they perform on newborns so Friday morning he would have an echocardiogram.  But the nurse didn't seem to concerned about it.

Friday came and they took Mason for his echo. A few hours later we found out he was going to be admitted to the NICU. His pediatrician called me and explained that he had what is called PPHN. (Persistent Pulmonary Hypertension in Newborns). Basically means a valve that normally is opened in the womb and closes aftee birth was still open. It usually closes right away. But in some it takes a little longer and some it requires surgery.

So they took him to the NICU. Everytime someone would touch him his heart rate would spike.  After what seemed like an eternity, we were able to go and see him hooked up to all the tubes and IVs, etc.  The nurses told us we couldn't touch him at all when we went in to see him. Dan and his dad went in and gave Mason a blessing. Then I was able to go in and see him. After all the nurses left, when my mother in law and I were alone, I gently touched his leg and told him mommy was there and he calmed down a little since he had been crying. My heart broke seeing him hooked up to everything.

Dan and I took turns staying the night to make sure he was taken care of and so we could do feedings. So Sat thru Mon, Mason had echos to make sure everything was getting better. It slowly did. So we thought we would get to come home on Mon and then Mason had a desaturation in his O2 levels so we had to stay one more day. Then he would do really well and then have another desat. It always happened when neither Dan or I were there :( but finally on Wed (1 wk later) we were finally able to go home.

6 weeks later we went back for another echo, which they found a heart murmur but it is normal in newborns so come the middle of April we have another follow up. His pediatrician sounds hopeful that his murmur is gone.
How thankful we are that it wasn't worse because quite frankly it could have been. And today he is such a happy little boy. Sure love his sweet smile. 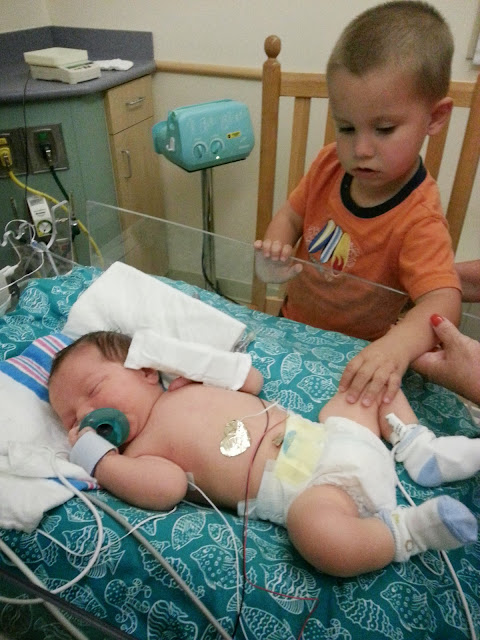 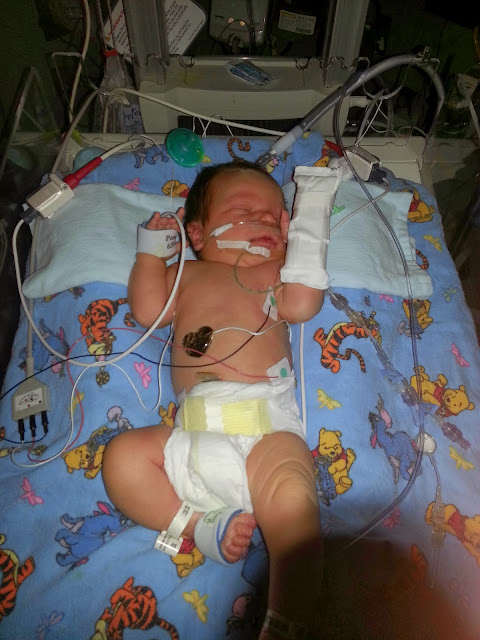 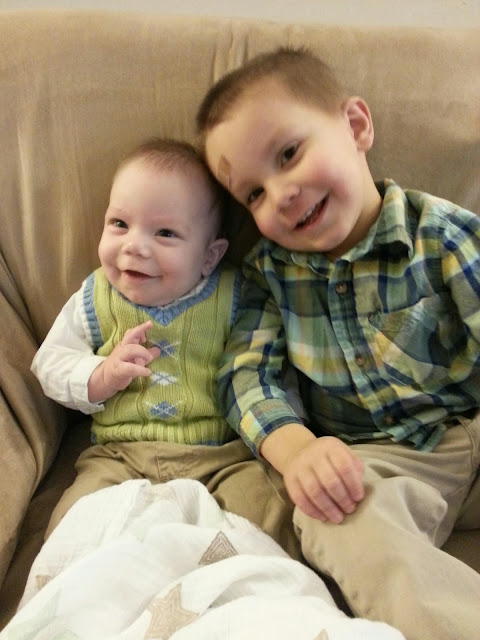 In November, for Thanksgiving,  Dave, Shaylin and the girls came for a visit. It was fun to see them again since we hadn't seen them in over a year. Connor enjoyed playing with cousins. We made a trip to Hershey's Chocolate World, did a little Black Friday shopping at JoAnns. (Yes I bought plenty of fabric to last me all year... ok actually maybe just a month or two) and ate lots of yummy food.  Grandma bought them matching jammies. What cute kids.  Can't wait to see them again. 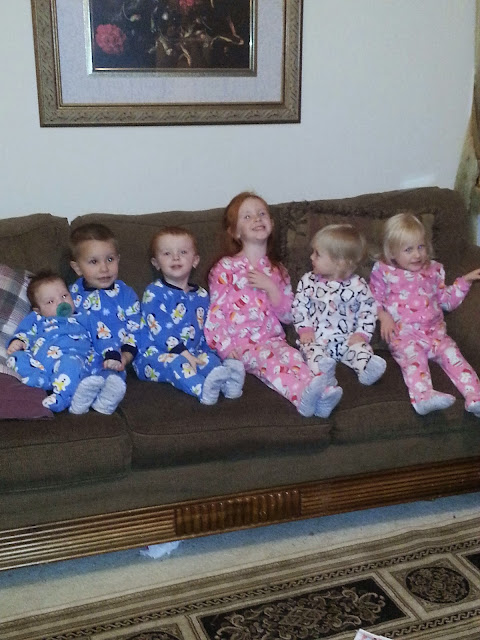 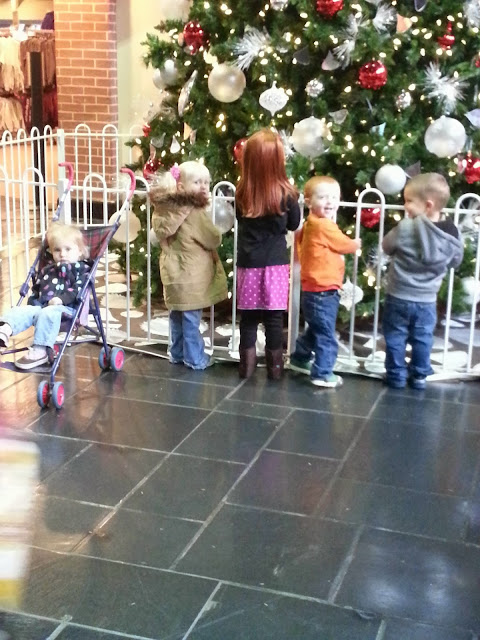 It has been way too long since I've blogged. Life is a little crazier with two. It seems to be less important yet at the same time it is my journaling so I need to and actually really want to. So here is to new goals of blogging at least once a week. Again. (I'm pretty sure I make this goal at least twice a yr) lol

On Oct 16th I got a phone call from my dad saying my grandpa had passed away. Very surprising, as a few weeks earlier he seemed to be in good health at his 90th birthday party that my dad and aunt threw for him. A few years earlier he had been diagnosed with lung cancer but had overcome that.  He was a fighter, I always remember him being that way as well as strong, active and sharp. Fortunately, Mason and I were able to go out to the funeral.  (Dan was wonderful and stayed home with Connor).
Milon Baer was a farmer. He worked hard. He started new farming which seems to be more popular today but really wasn't in his time. He was known very well in his community and people loved him.

He was a good man and a good example to me. It was nice to be with family during a hard time. He will be missed. But thankfully for the gospel I know I can see him again. 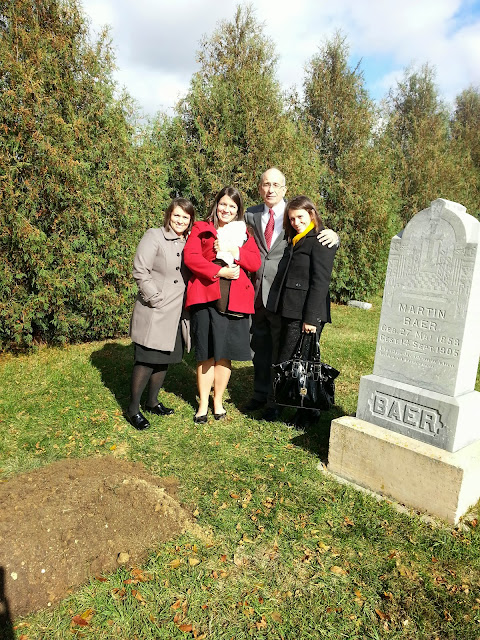 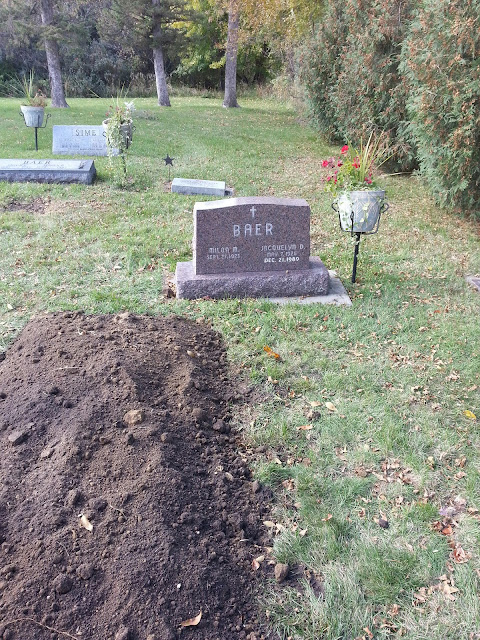 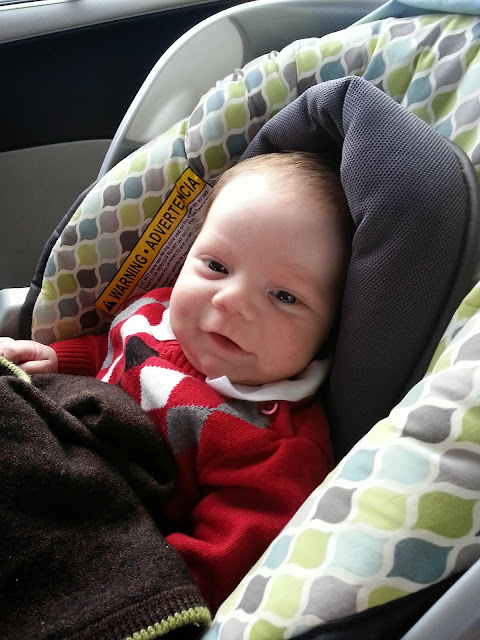 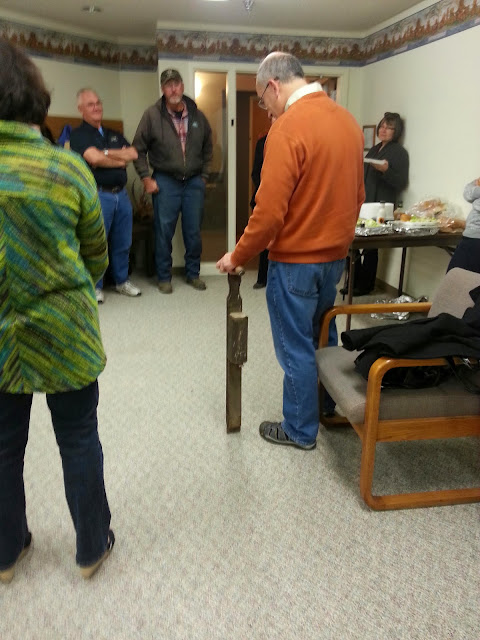 Yes, I'm like 4 months late on this one but we welcomed Mason James into our family on Sept 4th. He was 8lbs 13oz. I actually thought he was going to miss his due date but he didn't. He made it by 10:26 pm. :-) He is so sweet and we love him so much. The day we were supposed to be discharged to come home, Mason was actually admitted to the NICU for what is called Persistent Pulmonary Hypertension in Newborns. (That will be a different post though). Since being home though he has blessed our lives. He smiles with his whole body which always makes me smile more. Love this little dude. 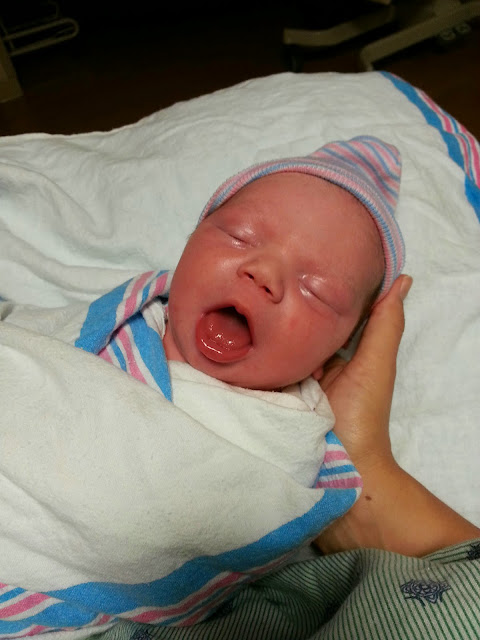 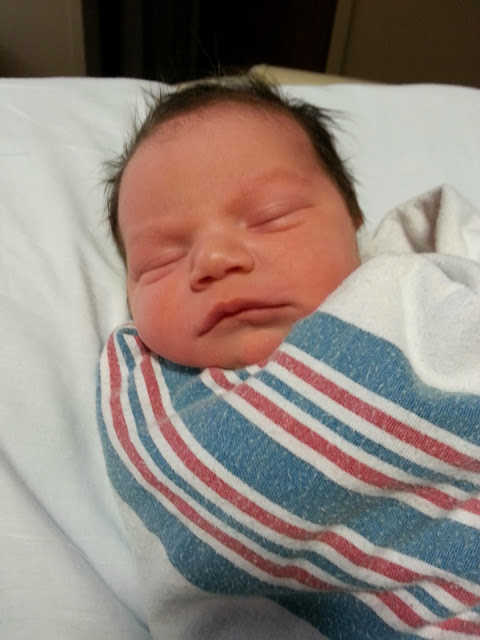 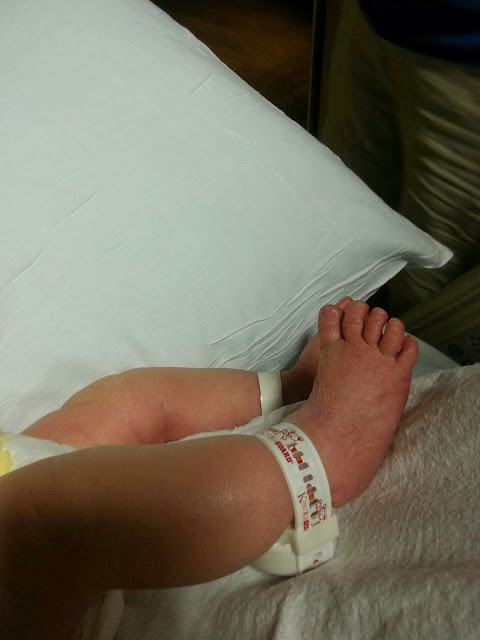 Ok really you are probably thinking if I ever update this blog.... I think about it often but decide to work on other projects instead of updating this.... I guess it is time to work on this project :)

This summer was relaxing. We didn't do a whole lot but it was still fun.

Dan's best friend and wife came into town in June. Sadly, I don't have many pictures but we had a blast. We went to DC, we ate lots of good food and the boys had a Halo night so Shaelee and I hung out. We went up to PA and I got to meet some of Dan's high school friends because some of them were in town as well. Connor loved "Shaewee and James". Now if we could just get to CO so we could hang out with them more. (They live in WY)

At the end of July, we took a family trip to Palmyra, New York, where the Church was organized and lots of history from the church took place. Very sweet spirit there. Made me want to serve a mission there when Dan and I get older :). It started raining as we went into the Sacred Grove but we still went thru. 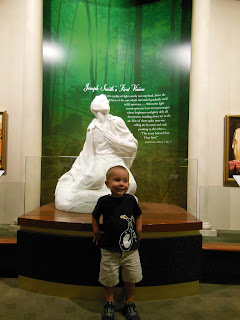 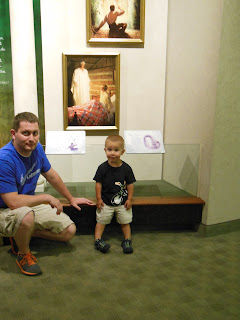 Sorry if you have seen this picture on Facebook and instagram but I had to post here too. The other day Connor walked up to me and said very enthusiastically, "Momma, Sima potty". At first I thought he put Simba in Connor's little potty which is very normal.  Then, Connor was very insistent that I look. So I walked into the bathroom and found Simba like this....I am still laughing about it today about it. Don't worry Simba was washed very well afterwards.  (sorry its sideways, it won't flip for me) 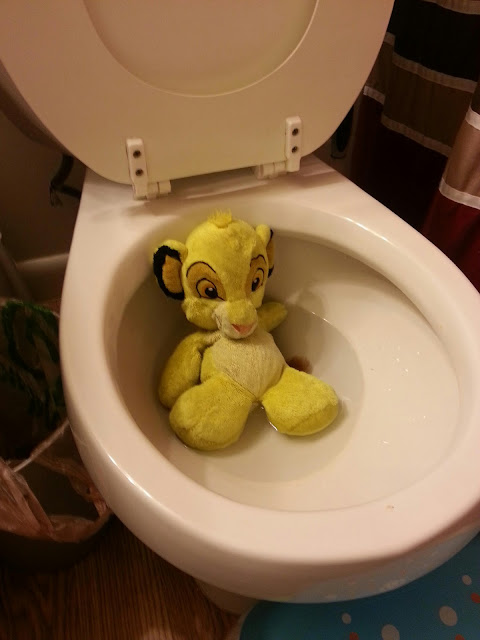